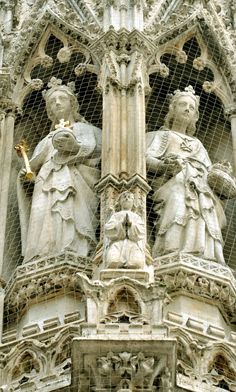 Eleanor's Cross, Charing Cross, The Strand, London. Although not one of the original 13th century crosses created by Edward l for his beloved wife, Eleanor of Castile, this Victorian recreation is a fine example of architect EM Barry's work, and it was beautifully and carefully restored in 2010, and happily, is now removed from the Heritage at Risk Register. 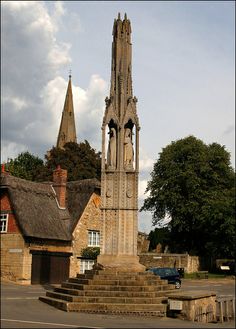 The Eleanor crosses were 12 monuments marking the nightly resting-places along the route taken when Eleanor of Castile's body was transported to London after her death in Lincoln. Her husband, King Edward I, had the crosses erected between 1291 and 1294 in her memory. The cross at Geddington in Northamptonshire is the finest example of the three remaining. The other two are at Hardingstone, Northampton, and at Waltham Cross. A medieval lock-up can be seen to the right of the base of the… 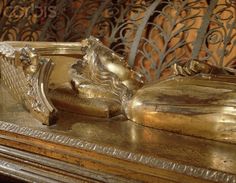 Courtesy of Kathryn Warner, Westminster Abbey: Effigy of Edward II's mother Eleanor of Castile (c. late 1241 - 28 November 1290), queen of England, lady of Ireland, duchess of Aquitaine, and countess of Ponthieu in her own right. Doña Leonor was born as the 12th of 15 children of Fernando III, king of Castile and Leon, and married fifteen-year-old Lord Edward, son and heir of Henry III of England, 1 November 1254, when she was thirteen or almost. 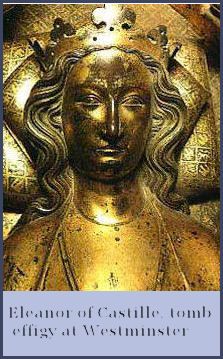 Edward I, son of Henry III and Eleanor

Often considered the greatest of the Plantagenets, Edward I was born on the evening of 17th June, 1239, at Westminster Palace 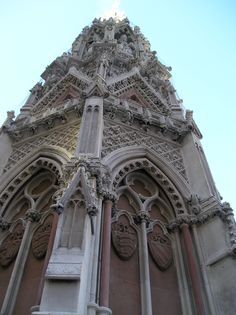 The Eleanor crosses were a series of twelve originally wooden, later lavishly decorated stone monuments, erected by King Edward I between 1291 and 1294 in memory of his wife Eleanor of Castile, of which three survive. This one stands outside Charing Cross Station 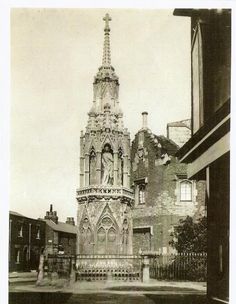 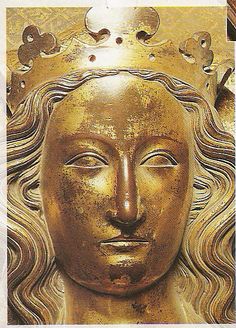 Eleonore of Castile, daughter of King Ferdinand of Castile and Joan, Countess of Ponthieu. Queen of King Edward I 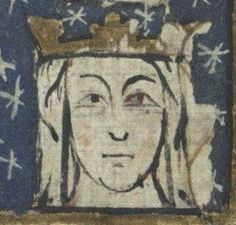 Just recently this book Eleanor of Castile by Sara Cockerill was released. Eleanor of Castile was the daughter of Ferdinand III of Castile and Joan, Countess of Ponthieu. Her exact birthdate is not known but it is estimated that she born in late 1241. Eleanor married Edward I of England on 1 November 1254. They [read more]

Notes on Queen Eleanor Crosses, sculptured monuments set up by King Edward I after the death of his wife, Eleanor of Castile, in context of pages on mainly Victorian and Edwardian sculpture 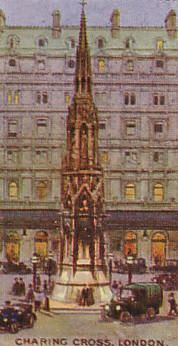 The first queen of Edward I would perhaps have been completely forgotten had it not been for her husband’s beautiful memorials to her, erected following her death in 1290.

Eleanor of Castile (1241 – 28 November 1290) 1st wife of Edward I, King of England. Buried in alongside of the North Ambulatory of Edward the Confessor's Chapel, Westminster Abbey, London. Her heart is interred in Blackfriars Monastery, London (destroyed in The Reformation) and her viscera in Lincoln Cathedral.

Northamptonshire's tributes to medieval queen due to be restored | ITV News

When Queen Eleanor died in 1290, husband King Edward I built twelve commemorative monuments. One 'Eleanor Cross' is due to be restored. 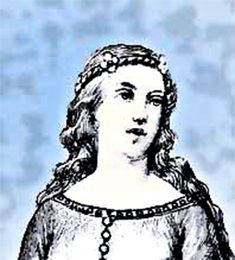 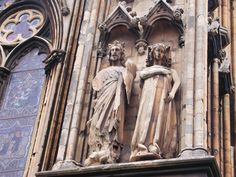 The statues of Edward I and Eleanor of Castile on the outer south wall of the east end of the Lincoln cathedral. Edward and Eleanor had been present at the consecration of the new east end in 1280.

Campaigners wanted the historic cross to be fixed before winter, but work will now begin in April. 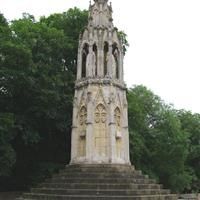