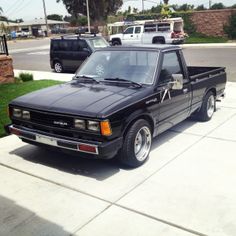 Before my tonneau cover and ST mirror install. 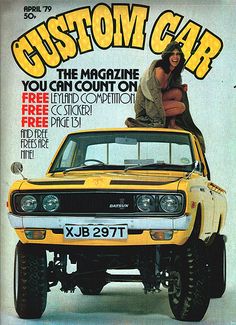 Another one which made the pages of several UK magazines, this 620 used an American conversion (remember there was no factory 4wd 620). DVLA says it lasted until 1986. They still show it as having the J15 engine, which must have made this very slow! At least in America it would have had the L20B engine. 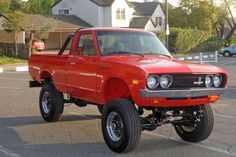 HNG: 1975 Datsun 620 Pickup Truck w/Buick Small Block V8 “This is an amazing truck based on a perfect 1975 Datsun pick up {never needs to be smogged}, this truck has been transformed in to something very special. The engine is the legendary all aluminium 215 small block Buick which is fitted with Holley Projection electronic fuel injection. The engine has been properly built and sounds fantastic. The Dual transmission and transfer case is equally trick it features a Hurst shifter, with a… 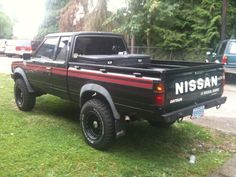 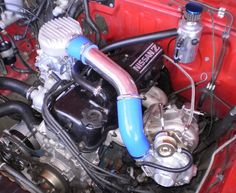 This impressively clean 1980 Datsun 720 "Lil' Hustler" truck was sold new in Tennessee and apparently never left. With low miles and a body in seemingly mint condition, this may be one of the nicest 720 pickups available today. The seller notes that the truck runs and drives well and has been stored indoors since... 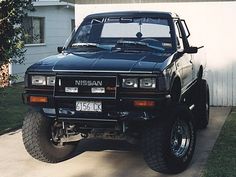 This one is only a single cab, but it has a great stance. This is the bull bar I have, and I like the headlight guards too. 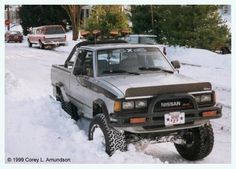 A snowstorm back in '91, time to have some fun 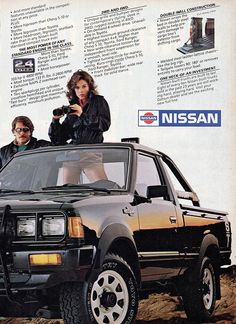 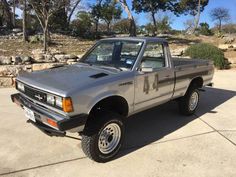 Learn more about Unusually Tidy: 1982 Datsun 720 4×4 on Bring a Trailer, the home of the best vintage and classic cars online. 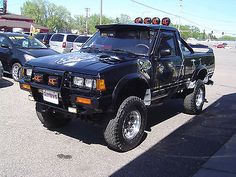 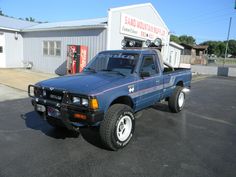 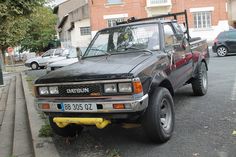 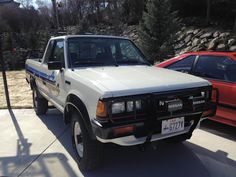 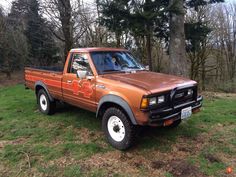 Models For Getting Into Vintage Pickup Trucks

There's a lot to be said for vintage trucks, and the first is that they tend to be cheaper to get into and ... 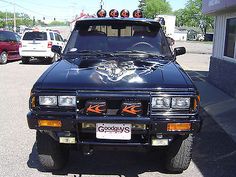