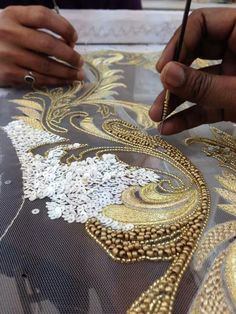 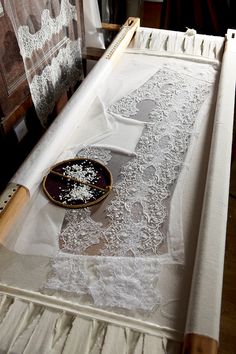 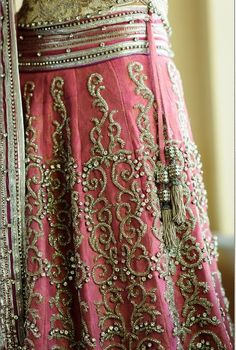 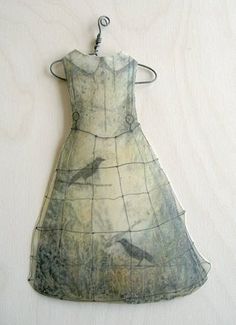 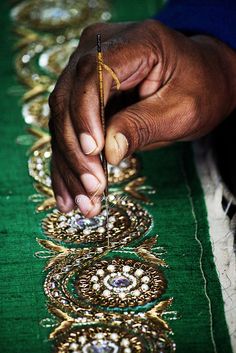 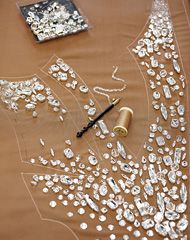 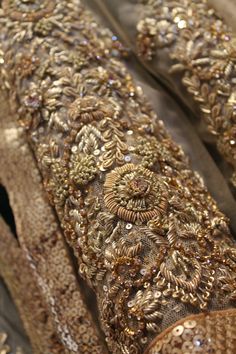 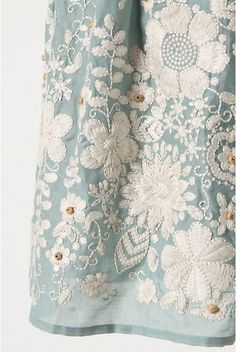 no personal or even thrifted embroidery to share this week...but I did find this embroidered skirt online at anthropologie: although not quite the same thing, this week's vintage embroidery pattern would still look pretty repeated along the bottom of a skirt too: happy stitching!

Go to Navigation Go to Content Go to Search © 2000–2014 The Metropolitan Museum of Art. All rights reserved. Close 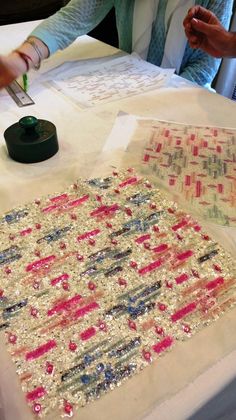 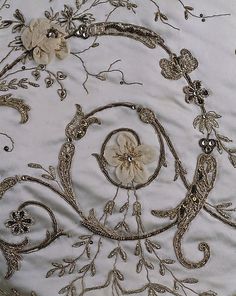 House of Worth | Ball gown | French | The Met

Jean-Philippe Worth succeeded his father as designer for the House of Worth, creating to great favor the stiffened, slightly archaic, rococo revival of the turn of the century. The house continued its virtuoso technical achievements, as represented in this example, in which metallic thread is couched to render baskets and scrolling ribbons, and ivory marquisette is cut into circles and pulled in at the perimeter to make the soft three-dimensional petals that are then applied to the fabric 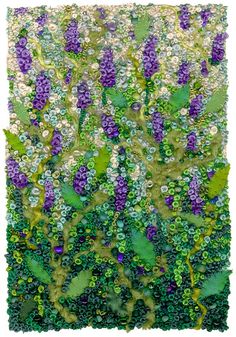 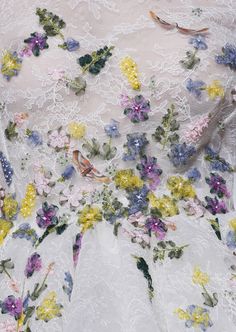 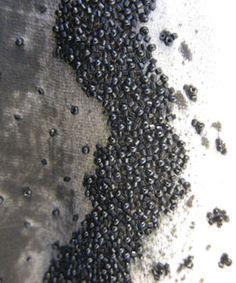 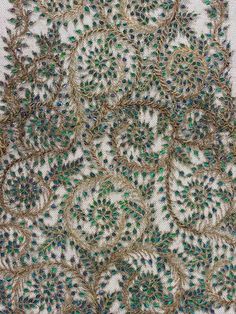 This image was initially saved in a “peacock” inspiration folder, to be shared later in a long post about peacock colors: Then I read the description about this Southern Indian antique embroidery from around 1880. I discovered something mind-blowing! What do you think those peacock-colored iridescent specks are? They are beetle wings. Yes! Very skilled … Continue reading "Beetle Wing Embroidery"